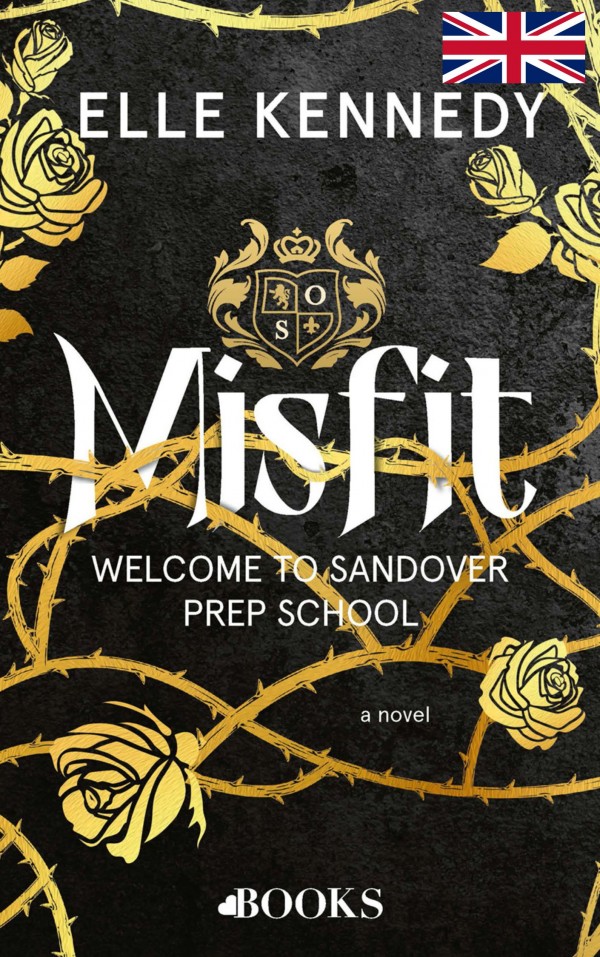 Welcome to Sandover Prep, where the delinquents roam… and you can’t trust a soul.

Finding out your mom is marrying some rich dude you’ve never met is enough to make any eighteen-year-old guy’s head spin. But for RJ SHAW, it only gets worse: he’s being sent to Sandover Prep for senior year. If there’s one place a misfit hacker like RJ doesn’t belong, it’s an ivy-covered all-boys boarding school for rich delinquents.

RJ knows his stay at Sandover will be temporary. Which means there’s no point making friends or trying to fit in. But the plan to remain antisocial goes awry when he meets a gorgeous girl in the woods on campus. SLOANE TRESSCOTT is pure temptation, with a sharp tongue and an ice princess attitude RJ’s determined to crack. Except there’s a catch. Sloane is the one girl he is forbidden from touching.

Good thing RJ doesn’t believe in rules. Sure, Sloane insists she’s swearing off guys this year, but their connection is impossible to deny. He wants her bad, and he’s going to win her over if it kills him.

Unless her ex-boyfriend kills him first.

The ruling king of Sandover will stop at nothing to get rid of his competition. Luckily, RJ’s unwittingly made some friends—his new stepbrother FENN, a pretty boy with a self-destructive streak; LAWSON, self-proclaimed agent of chaos; and SILAS, the All-American Good Guy who can’t actually be as nice as he seems.

This website uses cookies to improve your experience while you navigate through the website. Out of these, the cookies that are categorized as necessary are stored on your browser as they are essential for the working of basic functionalities of the website. We also use third-party cookies that help us analyze and understand how you use this website. These cookies will be stored in your browser only with your consent. You also have the option to opt-out of these cookies. But opting out of some of these cookies may affect your browsing experience.

Each day we try to give our readers and consumers updates of our latest titles and give them information on our authors and their stories. In some instances this requires us to obtain information. We don’t gather your details just for the sake of it. At the end of the day, this is about your privacy and in our opinion it is something that we need to be absolutely clear about. Lovebooks.nl uses social media to keep you updated on new titles. Lovebooks.nl uses the advertising opportunities of social media platforms. We present you with advertisements based on the data that the social media platform has collected with your consent.
Necessary Altijd ingeschakeld
Necessary cookies are absolutely essential for the website to function properly. These cookies ensure basic functionalities and security features of the website, anonymously.
Functional
Functional cookies help to perform certain functionalities like sharing the content of the website on social media platforms, collect feedbacks, and other third-party features.
Performance
Performance cookies are used to understand and analyze the key performance indexes of the website which helps in delivering a better user experience for the visitors.
Analytics
Analytical cookies are used to understand how visitors interact with the website. These cookies help provide information on metrics the number of visitors, bounce rate, traffic source, etc.
Advertisement
Advertisement cookies are used to provide visitors with relevant ads and marketing campaigns. These cookies track visitors across websites and collect information to provide customized ads.
Others
Other uncategorized cookies are those that are being analyzed and have not been classified into a category as yet.
OPSLAAN & ACCEPTEREN